From Gordon Parks to Donald Glover: The New Appreciation of the Renaissance Man 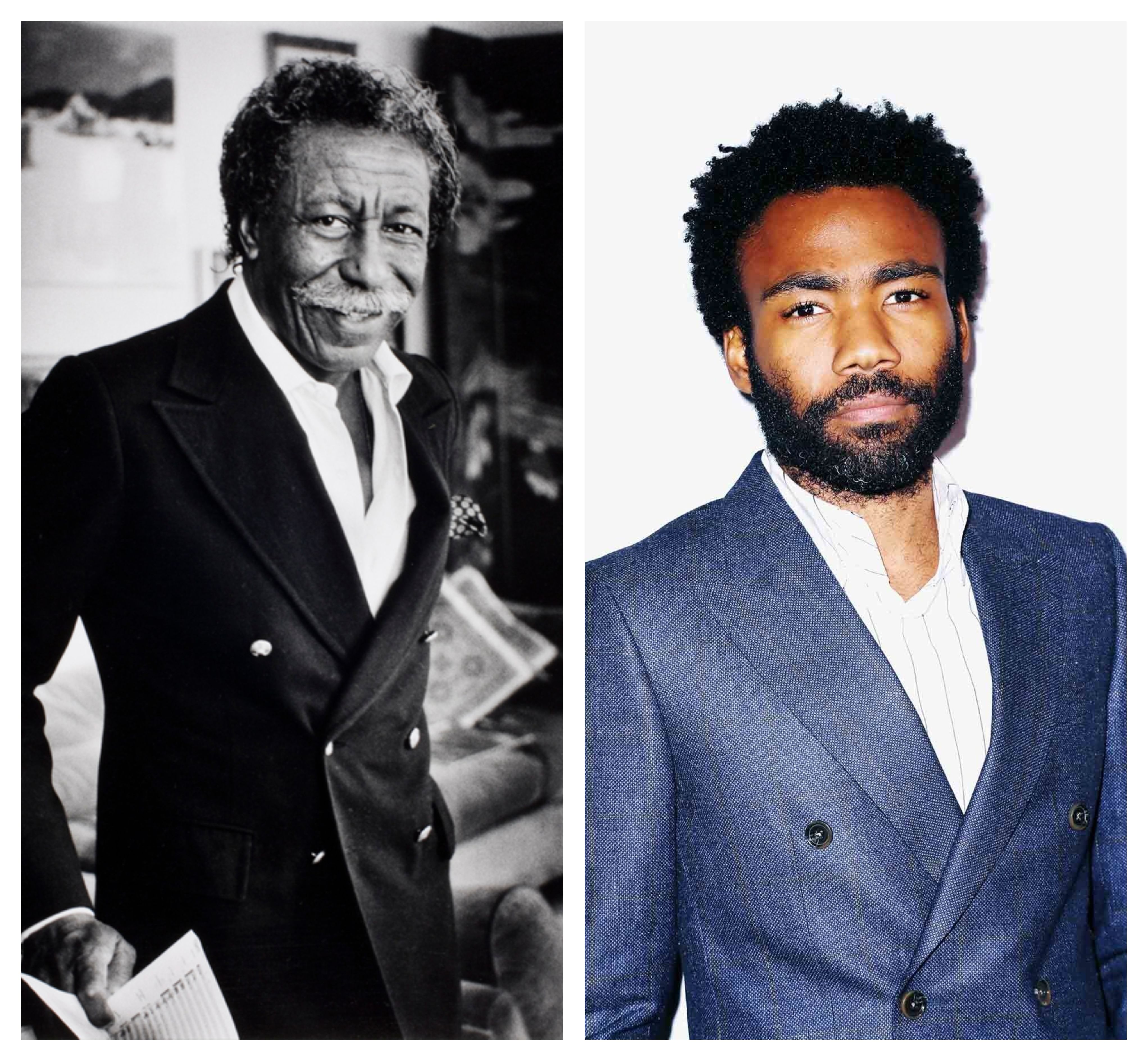 I know this sounds corny, but the first time I heard the name Gordon Parks was when Larenz Tate uttered it in Love Jones (1997).  I was immediately drawn to the name.  Maybe it was the slick coolness in which Darius Lovehall name dropped him to impress Nina Mosley or maybe his name was just that powerful to make me want to learn more.  Either way; he was officially on my radar.   That fall, his book “Half Past Autumn: A Retrospective” came out and it was the first photography book I’d ever purchased.  I flipped through the book in awe and interest but ultimately put in my bookshelf and only pulled it out to impress girls (it worked for Darius right? Lol)

But you have to understand that this was 1997; I was a 20 year-old college student still trying figure out what I wanted to be when I grew up.  I had changed majors 7 times.  I had never touched a camera but I knew I liked photography.  I loved art but I couldn’t draw and all my poems were kept nicely hidden in the closet.  I wasn’t a “writer” back then but more of a kid who “did some writing.”  By 1999 things started to come into focus (pun intended). I had found my first photography mentor, I had started writing for the Michigan Citizen and I began writing short stories and competing in poetry slams.  I also took another look at Mr. Parks except this time I decided to read his books “The Learning Tree,” and “Choice of Weapons”,  I re-watched Shaft, and just started to appreciate his entire body of his work.  I loved that critics and journalists referred to him as a “Renaissance Man” and as my efforts in my preferred mediums started to grow; I too wanted to be thought of as a “Renaissance Man.”

But I’m not making this about me (well not all the way about me lol); I just wanted to include some bits and pieces of my story to show how Gordon Parkes inspired me.  It’s not that I wanted to be a photographer like Gordon Parks; I wanted to contribute to the world in lots of different ways just like Gordon Parks.  Now let’s fast track to Donald Glover (aka Childish Gambino).  My son introduced me to him 4 years by saying, “Dad, check out this dude.  He reminds me of you and your poetry friends.”( Lol)    I started with “Because of the Internet” and worked my way backwards and listened to every single album and mixtape.  I watched his stand-up and several of his interviews and said to myself; “This dude is putting together a helluva body of work!”

Now I understand Glover is not the first cat to have a resume full of ingenuity.  Tupac, Queen Latifa, Kayne, Will Smith, LL Cool J, and The Rza have resumes that bustle of creativity and substance.  But Glover is a millennial; part of the generation we criticize for wearing their pants to tight, calling too many fouls during basketball games, popping pills, and crying over everything.  They film themselves doing absolutely nothing and can’t stay off of social media. And “Yes” I’ve heard and read all these things about millennials and I feel we don’t give them enough props.  Have you checked out Tyler the Creator’s list of accomplishments?  Young emcees and producers have talked to me as to why they don’t want to be “just rappers” and they tell me about their love of writing poetry or the script they’ve written, and other creative ideas they’re trying to push.  They don’t want to be categorized nor be in a box; they all want their bodies of work to flourish and to be taken seriously.

Now back to Glover; who has taken the road less traveled to create critically acclaimed and authentic content that can be digested by his generation and the ones before it.  He’s become known as a creative induvial to all things rather than just a dude that does one thing really well.  He’s evolving to be just as much of a Renaissance Man as Gordon Parks and he’s being appreciated for it; ALL IF IT.  That’s what’s so beautiful about his presence in black and pop culture.  We tune in to watch Atlanta; we stream his music, and can’t wait to see what he’s going to do next.  I can’t help but wonder what teenagers are tuned in?  What 20 year-old college student is using Glover’s accomplishments to motivate himself?  This generation; that is set on defying “labeling,” is forcing us to accept all their talents.  Glover's presence and artistic catalog is needed  just like I needed Gordon Parks.