Emotional Crutches, Security Blankets, and Why I’ve Only had 2 Addresses 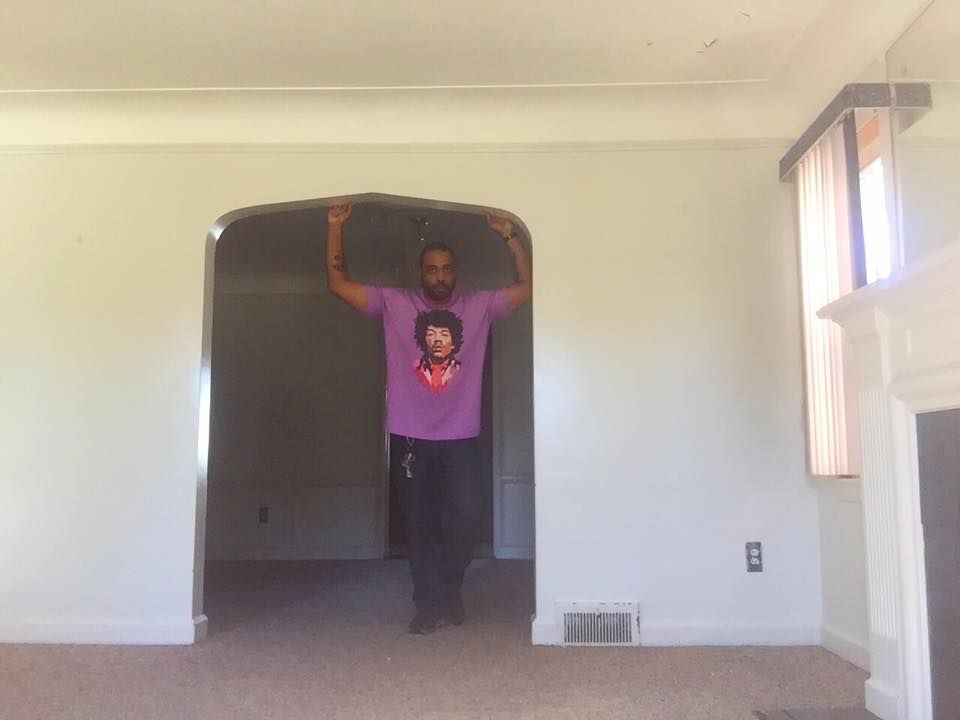 I’ve always been enamored with individuals who’ve moved regularly throughout their entire lives.  There are those that grew up in households where a parent was in the military, those who grew up in families where quick shifts in income meant multiple moves and others who just don’t like being stationary in one spot for too long.  For years when clients and friends have confided in me about their lack of family pictures, it’s followed by, “We‘ve moved to many times and it’s hard to keep up with stuff like that.”  I can’t help but admire that willingness to part ways with no-so-old material things and how people can so easily discard the emotional and material baggage that everyone accumulates in their residence.

I’ve only had 2 addresses in my entire life (unless you count the 18 months I stayed with my parents).  I resided in the house I grew up in on Detroit’s west-side (Pinehurst) until I was 32 years-old. It was the home my grandparents bought in 1964, the home my mother was raised in, the home I got spankings in, the home I lost my virginity in, the home I started my business in, and the home I started my family in.  Those walls housed 44 years of family stories, emotional moments, and good ole fashion love.  ‘Cause see I’m a clinger; I cling to people, memories, and things.  I still have many of my grandparent’s tools, trinkets, diaries, jewelry, cards, and letters.   As much as I hated piano lessons; I love rubbing my finger-tips across my mother’s burgundy piano (that I still own).  I remember playing “Amazing Grace” for my grandmother till she would subtly hum herself into a nap.   Anytime the house is in-between renters; I go in and just remember whatever comes to mind; like my grand ma lying in a hospice hospital bed in the living room.  I remember my grandfather sitting with her for hours and doing everything he could to extend her life.  The pain of the memory can still trigger tears but the compassion of my grandfather was so beautiful and inspiring that I can’t let that go.

I was 22 when my grandfather passed away and moving out that home was not even something I was thinking about.  It was very contrasting to some of my peers because they were just getting out of college, getting apartments, relocating, shacking up, or acquiring roommates.  I was the opposite.  There wasn’t a desire for the preverbal “fresh start,” there wasn’t a need to get away from anything (or anyone) and I embraced the poignant energy (uplifting and depressing) that came with staying there.  I donated stuff that didn’t have sentimental value and decorated the house to fit more of what you would expect from a young 22 year-old bachelor.  But while others were trying to get away from their parents; I was content in my 2 story security blanket.  While folks were opting to move to New York and Atlanta; I thrived of the comfort of familiarity. I felt like it would have been a nightmare to live anywhere else.  I never even sought jobs in my major (Communications) because I felt in the long-run; I would have to move from Detroit to get “the good job.”

Then came 2008.  By this time I was happily married and we were expecting our fourth child. It was time to move; even I understood it had to happen.  The market was ripe, we needed more space, and I wanted an at-home studio/office to conduct business from.  Once we found a house we both liked, I instantly got excited about the move.  I was proud that I had financially put myself in a situation to give my family the perfect house.  It reminded me of when my grandfather told me he felt fulfilled when they moved to Pinehurst in 1964.  He had, “did right by his money,” which allowed him to do right by his family.  But after I put that last, last box in the trunk of my car.  I walked back in that house and cried for 60 minutes nonstop. I cried more than the deaths of both my grandparents, I cried more than I’ve ever cried in my life.  It was the hardest thing I ever had to do.  I was finally coming off the emotional crutches that I had clinched for so long.  I was finally coming from up under the security blanket.  I was alone in the house that day; which is how it should have been.  It was my moment to reconcile and my home to say goodbye too.