My Grandfather and Real Friendships

It seems almost anywhere that serves reasonable priced coffee or cheap beer; there will be a quartet of men, late in their years; congregating. They’ll meet weekly and even daily. If you’re a fly on the wall for any of the conversations, you’ll hear the usual talk of politics, sports, and personal stories from yesteryear. Bartenders and baristas will know them  and their beverage preferences by name. This is the actual “country for old men.” It’s where they go when they’re not with the grand kids, wives, or bogged down by social obligations. It’s where they carve out their corner in Maslow’s “Hierarchy of Needs.” The old head that’s ALWAYS at the barbershop and the grandpa that’s always at some mall’s food court with his posse falls into this category as well.

In 1980 my grandfather (pop) decided to retire from Chrysler at a young 61 years of age. Chrysler had been struggling and my grandfather wanted to retire before they went out of business to preserve his pension. If you knew him, you know he would have been a natural fit for the coffee gatherings at McDonalds or Coney Islands. But he had a 4 year-old grandson (me) to raise and a wife with health issues to take care of. So instead of venturing off to a local watering hole to catch up with old friends; the watering hole came to him.

To say my grandfather had a lot of fiends is too mild. My grandfather had friendships with men who looked out for him when he needed to be looked out for. They were mostly blue collar men willing to lend an ear, a tool, their time, or a beer. Some would stop by a few times a year, but many would come over at least once a week. Pop would never ask me to leave the room. Instead he would let me be that fly on the wall and listen to old stories and laughs that might as well have been a foreign language to me. But what he was doing (indirectly I suppose) was showing me what real friendship were all about. He was allowing me to be a witness to his inner circle. The guys who loaned you a couple of bucks when you fucked over yours before payday, the guys who covered for you when you were running late to work, and the guys who were the first ones there when tragedy struck your family. These were friendships. Pop kept a Mason jar or old corn whisky in the fridge but that was reserved for his “ace boon coons.”

There was Mr. Clemmons. He was tall slender man who mentored pop a lot after Chrysler upgraded the power door-lock system and pop struggled to grasp it. In fact, he was pop’s go-to guy for everything car related. As Mr. Clemmons aged, he became ill with a Parkinson’s like disease but he still would come over and explain to pop how to fix whatever car issues he was having. Pop had this brown New Yorker that seemed to always have problems. I have vivid memories if Mr. Clemmons shaky index finger guiding pop through car repairs.

Mr. McKinley was a short dark complected kind gentleman with a huge smile. He was a talented painter who brushed portraits of pop, my mother, and my grandmother. His brother was Cadillac Mack. He was the proverbial old guy trying too hard to hold on to his youth. He chased 30 year old women, wore cheap jewelry, and was the kind of guy that would walk into the bar and buy everyone a drink. Pop would say to me, “Don’t be that guy when you get my age.” lol

There was 8-Mile. I don’t know his real name but he lived off of 8-Mile which is why everyone called him “8-Mile.” Chrysler fired him for being a functioning alcoholic. But he was so good at his job they had to hire 2 people to do it; they eventually hired 8-Mile back. Mr. Gerald was a talk brown skin guy with wavy hair going to the back. Pop used to talk about riding around with Gerald in his convertible in their younger years. Gerald’s wife suffered from Alzheimer’s disease and passed away when I was about 10. Less than a year later, he ran into his high school sweet heart and married her.

I didn’t see Mr. Webster a lot but that’s who pop stayed with when he first moved to Detroit from North Carolina. Mr. Webster also is the one that got pop to join the Free Masons. Mr. Steve was a tall heavy tongue speaking guy of Polish decent who lived in Hamtramck. When I was 8 years-old, pop transformed the back porch into an enclosed family room. Mr. Steve was a master carpenter and assisted pop free of charge. He even allowed me and my Fisher Price toolset to help out.

Milton was another one who didn’t stop by a lot. His son had been incarcerated from an involvement with a gang rape. Not sure the role he played in it but pop always used him as an example as why you shouldn’t hang out with certain people. Mr. Mitchell was a church friend (I could write a whole book about his church friendships). He was pop’s confident after my grandmother died in 1992. They talked every day about dealing with grief and moving forward. In a lot of ways I feel he saved pop from falling into a pit of depression.

There was also Mr. Bennet, Mr. Cardwell, Mr. Ernie (who loved some good wine), Mr. Donald and a bunch of others. All these men were from different periods in my grandfather’s life; men who were past their primes physically but not mentally. I remember their faces, their voices, and the love they had for my grandfather. I was an only-child who was home a lot and witnessing these interactions were a tour guide in how friendships should operate and how men don’t abandon each other their later years. It’s contrasting to my currently reality. Social media is my connection to most of my friends and I don’t make enough time to actually “visit” my friends. I’m too busy grinding within all the avenues of income or spending time with my family. I’ve allowed Facebook to take the place of the kind of interactions I grew up admiring, My son’s with have these kind of memoires. Instead, they just see dad hitting “like” on a status, a post, or a pic.

What does that say about me? About us? About the future? 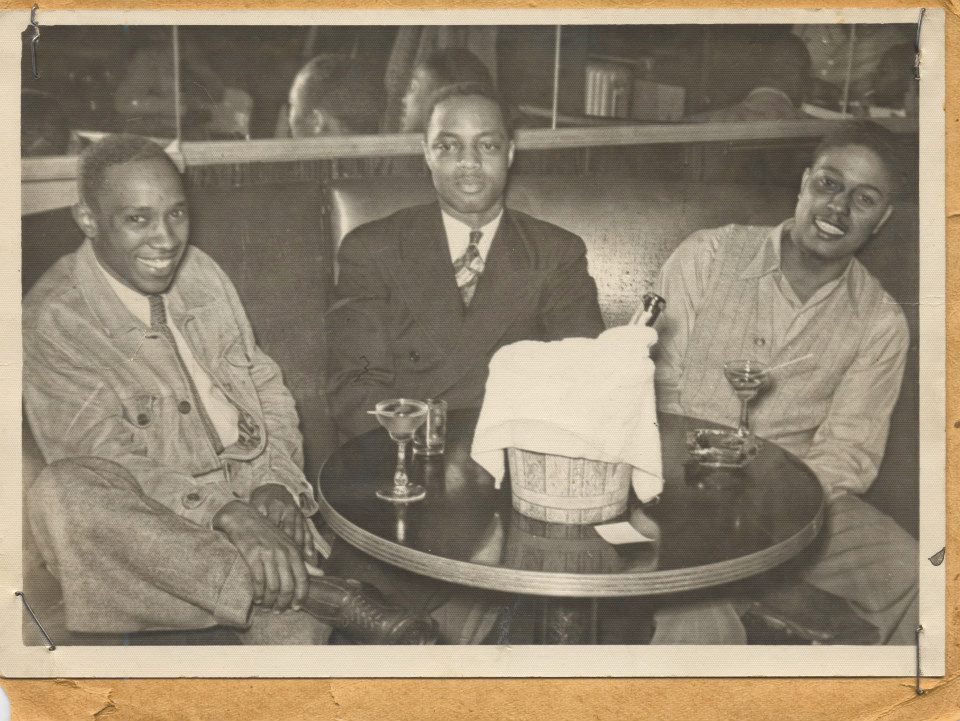