My Effort, Resentment, & Guilt and My Grandfather's Judgement. 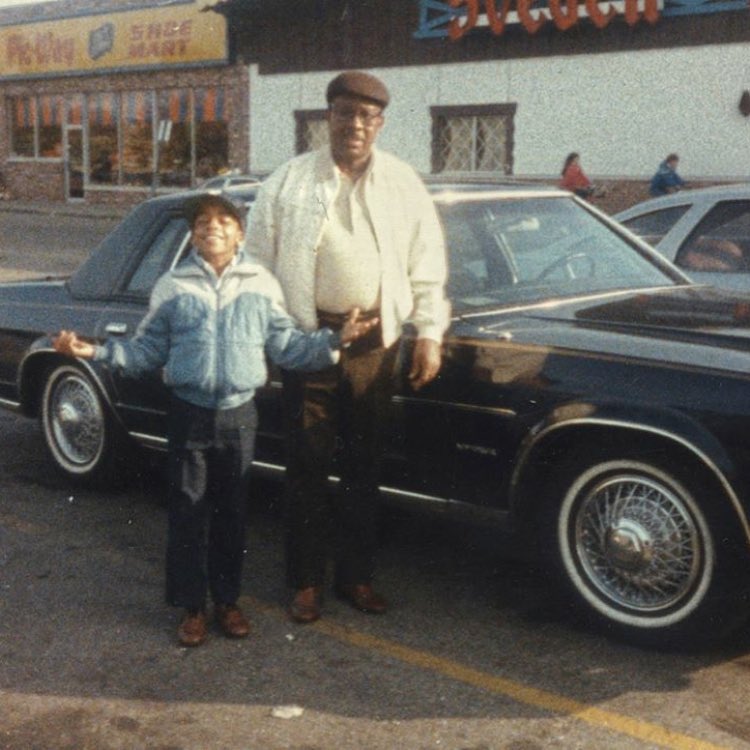 I had just wrapped up a pretty decent first date with a young lady; nothing major - just food and conversation. She invited me into her home to meet her mother so I took a seat on the couch, but by the time her mother came downstairs to greet me; I had kicked off my shoes and fell asleep. It was 1995, I was 19 years-old, I was trying to work 2 jobs and go to school but exhaustion had caught up with me.

Now let me give you this disclaimer: this isn’t one of those stories about a young college kid working multiple menial jobs to finance his dream of a higher education. This isn’t a story about how I was trying to breaststroke through the treacherous waters of college and not get eaten by the student loan piranhas. This is actually a story about fatherhood and the lengths sons will go to in order to prove their father’s wrong.

For as long as I can remember; my grandfather was never impressed with my work ethic (or lack thereof). My Saturday morning chores consisted of cleaning my room, vacuuming, and dusting furniture. I received a consistent, “You always half-do work,” upon completion. Household duties like cutting the grass or doing laundry were never passed down to me because he (and my grandmother) figured it would be “half-done” and they would have to go behind me. I was that kid that always got sent back out into the Detroit winter to shovel snow again because I didn’t finish the driveway.

My academic efforts were just as unimpressive. I was a “C” student without a desire to be anything more. That drove my grandparents crazy. My grandfather constantly told me, “You have a don’t care altitude” and he was right. I was a day-dreamer, a kid who had imaginary friends, a kid who played with toys past the age in which kids are supposed to. I loved comic books, hip-hop, and the solace that came from being in my own world. In my eyes, an “A” meant the same as a “C” which meant I “passed;” nothing more nothing less.

After my grandmother passed in 1992 (I was 15), my grandfather ramped up his, “going to college” rhetoric. His main declaration was, “Kahn, you have to go to college because if you have to do any real work for a living; you’ll starve to death.” This was followed by how I wasn’t cut out for assembly line work and blah, blah, blah. I swear I heard this speech every day and twice on Sundays. I heard to the point where it started to bother me, started to irritate me as if he was trying to use my biggest fault as a way to motivate me (and that shit wasn’t working). I graduated high school with a 2.0 overall and no other options other than community college.

Now my grandfather masterfully set up an economic situation that would allow me to be a full-time student and not have to work or take out student loans. But I wanted a job. I wanted to be employed; I was 18 and wanted to prove something to him and myself. My first job was working for a factory that made swimming pool chemicals. I came home every day smelling like over used hot tub. That job kicked my ass but I refused to let my grandfather see it. I refused to accept I wasn’t cut from the same ebony steel my grandfather was carved from. My second jobs were working as a security guard at General Motors and a clerk at K-mart. I worked a flex schedule at GM meaning I would work 6am to 2pm some days or 10pm to 6am on other days. I was either going to school or K-Mart in between those hours.

I worked both jobs simultaneously for about 5 months and even pulled off my first 3.0 in academic history. I worked the entire time I was in college (other than when my grandfather got sick) and was regarded as one of the hardest working dudes by most of the palaces I was employed at.; but my grandfather never got too see any of this. He passed 2 year before I received my bachelors in Communication from Oakland University. He never saw the relentlessness I poured into the carafe that contained my dreams. The sleepless nights, workshops, seminars, and books when I started my photography business. He never saw the maturation of my writing, my first published poem, the first article that was ran in a newspaper. He never saw me entertain via spoken word, never saw me speak to a room of teens who came from bumpier backgrounds that I did. The same way I resented his judgment on my work ethnic growing up – I now have guilt that I never showed him the Kahn he wanted to see while he was still alive to see him. He never was abler to witness the best version of me and I don’t even know if it would have been possible without him getting under my skin.