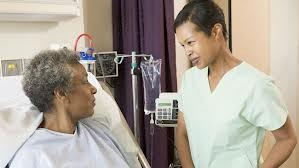 Genetics is one of the cornerstones of treating and understanding disease and cancer. Knowing what cells and diseases your parents and grandparents had helps immensely in determining what an individual may be predisposed too.

But; what if learning what you're predisposed to goes back further than just grand ma and gran pa? What if your entire ancestry could tell you what you should and should not be eating? What if all the answers were in the historical development of your ethnicity?

The early Native American diet and hunter/gatherer lifestyle can be considered the epitome of efficiency.  Buffalo, fish, berries, and vegetables were hunted, gathered and eaten for hundreds of years.

Fast forward 100 years later and the result is horrific

* American Indian and Alaska Native adults are 1.6 times more likely to be obese than whites, (Office of Minority Health.)

* Almost 33 percent of all American Indians and Alaskan Natives are overweight, (Office of Minority Health.)

All these problems were rare (if seen at all) prior to their adaptation to the Western Diet. Thus; a large push is being driven by nutritional activists and dietitians within the Native America community to return to their traditional way of eating.

-How this Affects African Americans-

Prior to slavery the Western African diet consisted of fish, chicken, lamb, yams, cocoyams, cassava, greens, millet, and sorghum, (of course there was more).  When slavery began in 1619, the most common diet was pork and cornmeal.  If they were lucky; (though I hate to use that word), they “might” have had the opportunity to fish/trap and grow vegetables.   But on some plantations –that was about as common as eating with the master.

Due to the slave’s 54-hour workweek, and small portions of food given – it’s impossible to see the immediate negative effects of diet as it was with Native Americans.  Slaves were commonly sick and malnourished.

However, one must evaluate African American’s rate of disease as it relates to the rest of America’s population.

Again; news reports will you tell African Americans are more susceptible to cancer and disease because of poverty and poor access to proper healthcare.  This is partially true. However, what about the food?  What if we’re eating food we’re not supposed to eat based on our genetic make-up.  What if we’re not supposed to eat macaroni, spaghetti, crackers, wheat bread, boxed cereal, or cornbread?  What if the fast food, chips, Twinkies and cookies are doing just as much damage as cigarettes and alcohol?  If the breaded catfish fried in vegetable oil was killing you; could you give it up?   Could you opt for grill or baked chicken on a consistent basis?

DNA and genetics go way past grannies and grand dads.  The actions needed to avoid sickness and disease may have more to do with your ancestry than your healthcare provider.