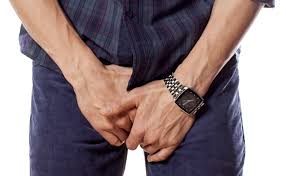 At 18 she told me over the phone what no 18 year-old boy wants to hear; “Kahn, I have gonorrhea and you should go get checked out.”  Now you have to understand where I was at 18; I mean I wasn’t a very experienced or even knowledgeable about sex or STDs.  I was really just starting to have experiences and figuring things out.  Most of my early sex education came from The 2 Live Crew and my grandfather’s “safe sex” lectures that dealt more with his fear of me getting a girl prego rather than me getting “burned.”  In fact, “lectures” is an overstatement; they were mostly elementary scare tactics. It usually went, “If you get a girl pregnant, she’s going to take all your money, then she’s going to go be with someone else, and you’re going to get depressed and kill yourself.”  My grandfather didn’t want to sugar coat it so he made it as blunt and digestible as possible.  His other favorite quote was, “If some pretty young girl’s father comes here with a shotgun; I’m sent him to your room and stay out of it.”  As prehistoric as this sounds; he figured it was only logic I would listen to.

But back to that summer morning phone call -  I was so perplexed but her statement ya’ know?  There were the obvious questions I asked like, “Who else were you sleeping with?”  “How do you know you have gonorrhea?”  And “How long have you had it?”   She said she slept with some older cat that drove a caddy and she was having weird discharges when she went to the bathroom.  I went into extreme panic mode. I had heard horror stories about men breaking down into tears after going into Herman Kiefer hospital and getting a metal rod the size of a telephone poll shoved down their penis.  I heard some doctors would inject your penis with a 23 gauge needle full of Penicillin.  But most importantly of all; Ice Cube told me in his song, “Look Who’s Burnin’” that I was supposed to be in immense pain when I use the bathroom.   So I Immediately cut off all of liquids until I figured something out.
I was too embarrassed to tell my grandfather. I needed his help but that help would have been accompanied by his judgement, and more harsh words about safe sex. “Fuck that,” I thought.  This is one of the first matters I decided to figure out by myself.  I knew there was a medical clinic near my favorite record store Buy-Rite on West 7-Mile; it was called Sherwood Medical Clinic.  I went up there, asked did they take walk-ins, and signed my name on the clipboard.  Within 30 minutes a very attractive nurse (about 23 or 25 with the Halle Berry cut) gave me paperwork to fill out and pointed me to an exam room.   She asked the cliché question, “What brings you in today?” And I was forced to tell her that I may have possibly contracted an STD.  Although this was embarrassing; it was nothing compared to what followed.  She took some notes, my blood pressure, and said the doctor would be in shortly.  I remember just sitting there and praying to God they didn't amputate my penis.

Within 20 minutes the nurse and Dr. Marsha Beal come into the room and this is when things got REAL.  Dr. Beal was brown skin, in her 40s maybe, and had the vibe of an assistant high-school principal.  She tells me there is a good chance that I don’t have gonorrhea (because I didn’t have any pain or discharges) but there was only one way to make sure.  She has me pull down my oversize Guess jeans/underwear and lay on the exam table as she put on rubber gloves.  She pulls out a skin shiny metal Q-tip instrument and my heart started beating 900 beats a second.  She grabbed my penis, and I immediately asked, “What are you about to do?”  She told me she was going to stick that in to get a semen sample so she could test for gonorrhea.  I couldn’t  handle that so we started playing tennis.

Now mind you, the cute nurse is still in the room and doing her best to hold in her laughter as Dr. Beal had her fingers wrapped around my penis like a broke eggplant.  Eventually Dr. Beal got tired of the back-and-forth and plunged the instrument into my penis and pulled it right out.  By the time I let out a strange, “Arhhhh!” it was over.  It honestly felt no worse than a bee sting.

The results were negative but and after the trauma of the encounter faded; I couldn’t help but laugh about it.  But as time as gone by; I’m pretty lucky things weren’t much worse.  I could have contracted herpes or HIV, or God forbid ………gotten the girl pregnant!