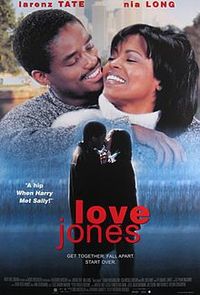 Many African American movies of the early 90s gave us insightful looks into the culture of violence that resided within the black community.  Sometimes the movies really hit close to realty and other times they were just entertaining.  None were bad movies but all them took used their creative approach in different ways.
New Jack City (1991) was mostly entertaining and the portrayals of drug dealers, crack heads were exaggerated.    Boyz in the hood (1991) hit home in a way that made you think about the movie the next morning after you saw it.  Juice (1992), was a good movies but lacked a message.  Sugar Hill (1993), was a drama that won because of the performance of the actors not the script.  Menace To Society (1993) was the most violent of them all.  Although parts were humorous and based on reality; it was mostly exaggerated.   South Central (1992) hit home. Poetic Justice (1993) was all over the place, and Jason Lyric’s (1994) had an equal amount of violence and sex.  Above the Rim (1994), was just for entertainment and Dead Presidents (1995), was violent but had a lot of strong sub layers regarding 1970s/post war black struggles in American.  Spike Lee was the only director of the 1990s that brought a variety of black films to the big screen but there was still something missing.

And then there was Love Jones (1996); a film that went in the complete opposite direction of every other black movie of the 90s.  The screenplay wasn’t amazing but pretty consistent to it’s white/mainstream counterparts (in a Sleepless in Seattle kind of way).  The power of the movie lies within what the characters were and what they weren’t.  Now for many other folks; Love Jones resonated because of the romantic poetry overtones and the Ebony magazineish story line.  But for me; it was deeper.


1.     The word “nigga” was only used twice.  This was huge for me because I saw this movie at a time when using the “n-word” was a regular part of my vocabulary.  When Bernadette Speakes character called Bill Bellamy and Leonard Robert’s characters “Niggas;” they responded, “Why we gotta’ be niggas?”  It was one scene, one exchange; but it was a heavy statement.  “Why we gotta’ be niggas?”  Essentially the whole movie is about black folks who aren’t “niggas.”
2.    No one was killed and no violence was shown or mentioned.  They hung out in the city (not the burbs) of Chicago and simply chilled out.   I know Chicago has gang and crime problems like crazy but many folks do live there and thrive doing so.  I’m from Detroit and I can relate.  Some folks act like living in Detroit is like living in a worn torn part of the Middle East.  Me and many of my friends grew up in Detroit and didn’t have to wear bullet proof vests.
3.    Folks had “real people jobs” (teacher, writer, photographer, store clerk).   I know the term “real jobs” sounds kind of dumb, but it’s the truth.  All black folks aren’t drug dealers or ball players as in the movies of the early 90s and we aren’t all lawyers and doctors like in the movies of the late 90s.  Many of us are in the middle (like most of America) as were these characters.
4.    There was no buffonary or over-the-top comedy.  The humor was subtle and popped up in natural conversation between the characters.  Basically nobody had to make an ass out of themselves to earn a laugh.
5.    They talked about regular things and they were kind of like the friends I wish I had.

Now let’s continue see how much of a contrast Love Jones was to the 90s; let’s look at the movies that were released after it.   Soul Food (1997) Players Club (1998) How to Be A Player (1997) Slam (1998) The Wood (1999) The Best Man (1999) The Brothers (2001) Two Can Play at That Game (2001) just to name a few.  Soul Food was a classic, Players Club good but hood, and while Slam was inspiring; it was still about a young man facing jail time. The rest of the movies featured a bunch of grown up Theo Huxtables trying to figure out how to live responsibility and be honest with women.   None of the movies were truly bad, but all of them featured too many shallow characters defined by their suburban lifestyles.    It almost felt like it was a knee jerk reaction to all the hood movies of the early 90s.  Black folks found their inner bourgeoisness and it seemed every movie were Boomerang wannabes.

Now I do consider that a tough love critique but I’m not complaining.  Black folks have always been concerned about our portrayals on TV and Film.  If you’re too slapstick funny then we (unfairly at times) say you’re “stepin’ & fetching”.  If you’re too “hood,” then we say you’re stereotypical.  If you’re too “upper-class/suburban” than we say you’re trying to be white.  A movie like Soul Food won because the characters weren’t caricatures of people we know but truly resembled people we know.  The same can be said for Love Jones. We want to see characters that resonate, that remind of us of folks we grew up with, that remind us of classmates and coworkers.  Love Jones embodied that in the 1990s while mostly everyone else was doing something different.  The only question is why director and writer Theodore Witcher never made another movie?