The N.W.A. Complex, Why Many of us have it 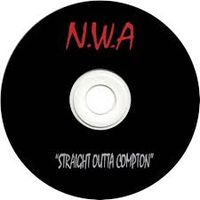 I know it feels kind of awkward.  The N.W.A. movie is coming out and you have mixed guilt and feelings about wanting to see it.  Let me guess; you’re my age (39).  You grew in the prime of the gangsta’ rap era.  “Boyz in da Hood” made you feel rebellious and “Bitches and shit but hoes and tricks” was a mainstay on your Sony Walkman.  You bought your Raiders cap from the gas station for 5 bucks, yo’ mamma cussed you out for answering the phone by saying, “Who dis?” and every chance you got- you answered a question by saying, “Theseeee nuts.”  You talked a 20 something year-old  cat at the store into buying you a 40oz of beer, you started drinking Gin & Juice, you taught yourself how to roll a blunt, you used your allowance money to get a subscription to “Low-rider” magazine, you even grew O-Dog braids and started wearing sunglasses (Locs) inside the mall.
It’s not your fault.  We were all just victims and lovers of pop culture.  We didn’t ask for N.W.A. and the rest of gangsta rap but it was given to us and we loved it. It sounded good, it was produced well, you had to sneak and buy it and at times stay up late to see the good stuff.   It was the background music to our world.  It had bass, it was edgy, it was nasty and it was “ours.”  Didn’t matter the content or the topic – it was ours.      Our parents and grandparents had their own music and we had OURS.         That music got us through break-ups, started fights, helped us avoid fights,  made us say “fuck school, “ and made us stay in school.  We cruised, we flossed, we got numbers, hell; we had a damn good time! lol
Fast-forward 20 years later and the relationship is mixed.  Gangsta’ rap has become the ex-girlfriend that got you though your childhood but deep down; she had issues you just didn’t see. We’re parents now, we’re scholars, we’re husbands, educators, and we’re “saved”.  Women aren’t bitches, they aren’t hoes, and they aren’t tricks.  It’s not cool or justifiable to beat a woman’s ass or smack her around.   Women are God’s gift to us they have borne our children and held us down when shit got tight. There is more to life than pussy, more to life than spending 40 hours’ worth of pay on a set of over –priced rims, and we’re tired of niggas killing other niggas in every other rap song.
And THENNNNNNNN COMES this N.W.A. movie.  It feels good and nostalgic but we have to admit- the lyrics weren’t the most positive   Lol  I’m going to go see it.  I’ll take my sons actually.  At this point in my life I can assess things better. I’m more analytical. I’ll watch it, critique it, possibly enjoy it and explain it to my sons in its proper perspective.  Yes; I’ll nod my head when they I hear “Dopeman” and might even get out my seat when “Boyz in da Hood” comes on.  But I won’t be buying Raiders hat and I won’t be singing “Fuck the Police” in the shower.  Nope, I’m going to take the movie and store it my Kahn’s history, hip-hop’s history, where it deserves to be.
For better or worse.