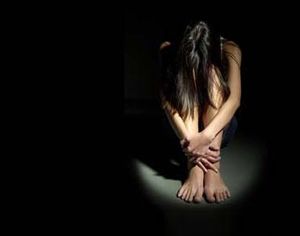 Between the ages of 16 and 23, I can honestly say I’ve had at least 20 conversations with various young ladies who revealed in me that they were raped or sexual abused by a family member, family friend, or ex-boyfriend. Most of them were acquaintances, friends, classmates, or co-workers who confided in me during in-depth dialogue.

Also between the ages of 23 and 30, I’ve had at least 20 conversations with young men and women who confessed they either “attempted” suicide or seriously “contemplated” suicide at least once due to depression.

What do these 2 things have in common? Well in both cases – they were “secrets.” In all of those conversations I was usually the first or second person those stories were divulged too. Most of those individuals never shared or sought help because were they embarrassed, hurt, and confused. It’s a reason a large amount of rapes go unreported and the reason a hefty quantity of depressions and suicides go untreated.

At times the human experience will make victims out of all of us. Nobody ever wants to be seen as a “victim.” A lot of times society considers “victims” weaklings, defenseless, and mentally frail. Victims get beat up by their boyfriends, jumped at parties, raped, bullied at school, and found dead after they’ve hung themselves. Being victim is embarrassing.

Like I said in my video, my grandparents didn’t want me seen as a “victim” after my parents died. They didn’t want life’s bar of expectations lowered since I had the poor misfortune of being the kid whose dad killed his mom and himself. Thus – my parent’s death became a “secret.” I agree with what they did but as adults; it’s okay to come mirror to mirror with your secrets or they will haunt you forever.

Most of the people that shared their experience with me did so because I shared the story of my parent’s death/suicide with them. I shared something traumatic, something that was close enough to their experiences that they felt comfortable enough to share something back. And that’s how we all grow. That’s why I’ve always shared my parent’s story in poems and spoken word – I knew I would be reaching and touching someone in a very dark secret place.

“Sharing” is the one thing God/The Universe has given us as an easy tool to inspire others and ourselves. Just when you think life has victimized you. Just when you think you have the worst story ever told, that you were dealt the worst hand ever, that you had to be the “only” one who ever thought about ending your life: you meet someone, share your story, they share back – and you discover we’re all not that much different.